For most of us, the Olympics is the pinnacle sporting event and the most important and prestigious competition. It’s also the most different to any we might be used to – there’s an athlete village where you might be rooming with someone from a different sport – an athlete you’ve never met.  There’s high security every time you enter and leave the village or competition venue. There’s bus transport which means a lot of “hurry up and wait”, possibly a new driver each time who may not take the same route and take anywhere between 10 minutes to 2 hours longer to get you to training! There’s surprising competition with incredible performances and heartbreak! There’s more media and probably a much bigger crowd than you might be used to!

Basically at the Olympics, you need to be prepared to expect the unexpected.

I pretty much have put this to practice – testing my adaptability, positive thinking and resilience! Last month, I went to Rio for a two-week training camp on the race venue with teammate Ian Borrows, physio Eimear and coach Mum!

I flew from Toulouse, to Frankfurt to Rio with my new kayak, paddles and suitcase. On day 1, I got the dreaded news that my kayak hadn’t arrived in Rio and would arrive at the earliest 24 hours later (if it got on the next flight!). First test – no kayak for the first session!

Thankfully, my awesome Brazilian friend Ana Satila lent me her boat for the first session. It is completely different to mine so I had to make do and work on adaptability and test my skills in a new craft! My kayak arrived on day 2 and I could get into some good, technical work.

On day 4, I was working on hard courses and blocked my back and it went into spasm. I got off the water and laid on the grass to try and stretch. I noticed these little ants that looked pathetic compared to the monsters you find in Australia so I wasn’t too worried. But they were feisty and I got bitten 3 times, but I’m tough so I didn’t cry! Within 5 minutes my eyes started swelling up, then I started getting itchy, then my whole neck went red, then my whole back got hives. Sore back, severe allergy - Double whammy! 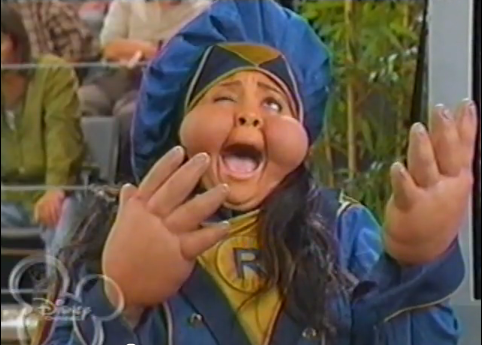 Thankfully, I messaged my team manager and Dad in Sydney, who messaged someone in Canberra, who messaged someone in Italy. Big thanks to the French team doctor who was on site and could help me, and DrHughes who sorted me out and reassured me despite being in Varese! A couple of positives from this situation: I saw how I may look with facial plastic surgery gone wrong, and I had a valid excuse to nap from 1pm till 6 pm.

After that, training was awesome and I got some really valuable work done on the course. I had an AMAZING aussie coffee at aussie owned Kraft Café – for all those looking for a good coffee in Rio, it’s the place to go in Ipanema.

Then on Day 8, I broke a blade on my paddle after hitting a bollard underwater. Like a boo boo I kissed it and put a duct tape bandaid on it. 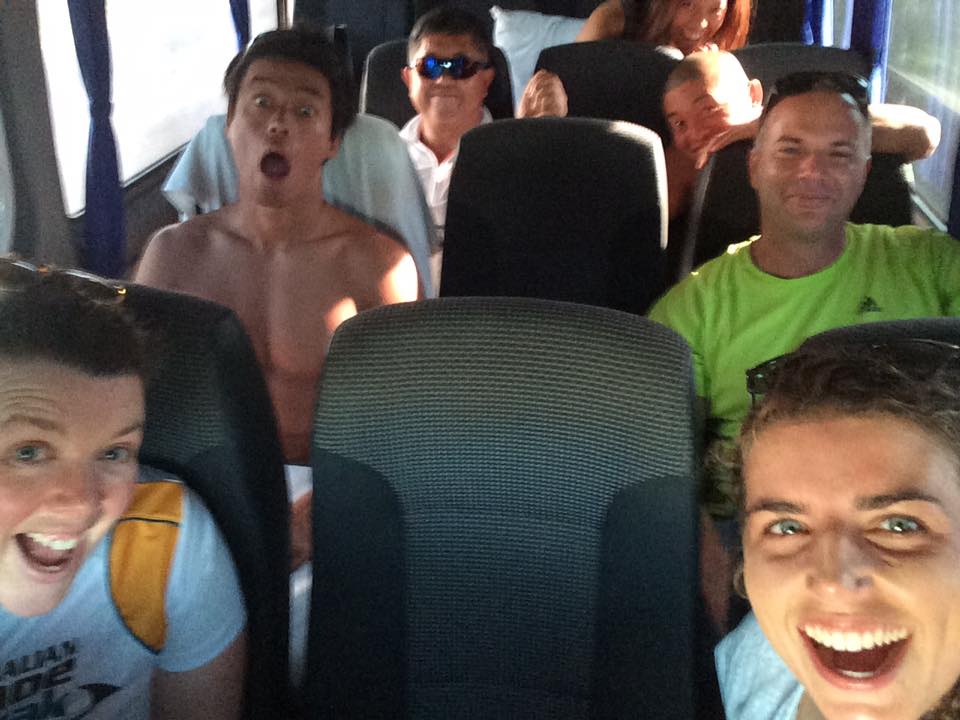 On Day 9 our car had problems and being an all female crew (Ian had left by that stage) we didn’t want to risk it in case it got worse and we really didn’t know what to do. Basically there was a cable that was hanging low and Rio roads are full of potholes so it was probably best to stay on the safe side. What I love about our sport is that everyone helps out everyone. In the end we hitched a ride with the Japanese team back to the hotel – learnt some new Japanese words in prep for Tokyo 2020

1. chill and adapt – you can still learn something and gain something valuable out of an inconvenient situation
2. may as well hurt yourself and get an allergy at the same time – get both out of the way and save time.
3. better to know now than before the Olympic final that you shouldn’t lie on the grass to stretch, even though the grass looked really comfy and lush
4. Never judge a book by it’s cover – even though the ants looked cute, they could rival the mighty Bull Ant. Note: it’s called the Electric ant, stay away.
5. Insect repellent is the new perfume and moisturizer.
6. Carry a Portuguese dictionary or at least know how to ask for pharmacy or hospital – just in case
7. Always bring spare paddle to training, it’s useless in your hotel room. Duct tape has mental benefits as much as physical effectiveness.
8. Smiling gets you a long way!
9. Learn more about cars, or always have a man handy in case.
10. It could be worse

Hopefully the next trip is a smoother ride, but I’m ready for the unexpected!