The Australian Olympic uniform for the Opening Ceremony was revealed to the public recently. Over the years, Australia has had many unique, flashy, disastrous, truly Aussie, or traditional uniforms to march at the Olympic Opening Ceremony.

In London 2012, we wore dark green blazers with white skirts and white and gold volleys. It was traditional, perhaps conservative but it looked fantastic when we all walked out in that Olympic 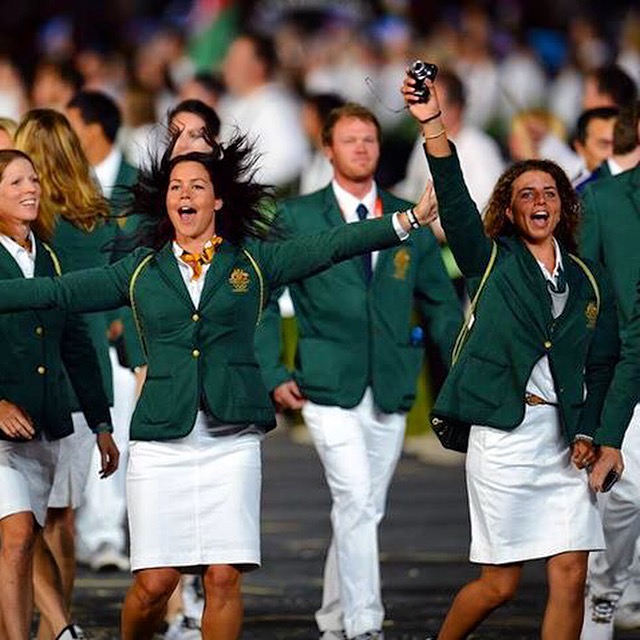 I was fortunate to be involved in the unveiling of the uniform, and up until that morning it was a secret for the athletes too! This year, the Australian Olympians will walk out in classy white and green blazers,  white shorts and white shoes by Toms. Once again, it was designed by Sportscraft and it feels light and fresh, and importantly, comfortable. It has a conservative and vintage look, but at the same time I think it is very Rio with the stripes. Maybe “Rio Retro”! The men will wear a yellow tie, and the women will wear scarves with the southern cross. It is similar to what we wore in London, but this time the women get to wear skorts (It looks like a skirt but is actually shorts, a skirt with legs, if you like).  We can cartwheel into that Olympic stadium! To keep with the London tradition, the names of EVERY Australian Olympic champion since the first, Edwin Flack in 1896, is printed on the inside of the blazer.  It even has a smart phone pocket on the inside! 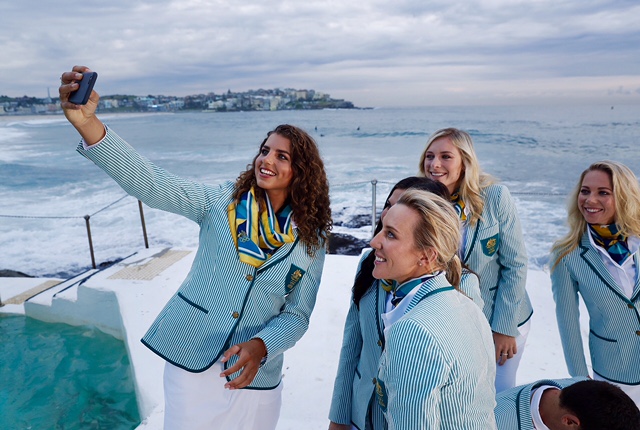 A lot of the focus has been on how it looks. It’s been compared to a private school and a rowing club uniform, even air host outfits! Everyone always has an opinion, some will love it, some will hate it, some don’t really care.  Overall, the athletes I’ve spoken to like it.

While the aesthetics are important (image is everything right?),  it’s also about how it feels and what it means, as an athlete, to receive one of these blazers and to have the privilege to march in this. With Olympic champions’ names on the inside, and the Australian coat of arms on the outside, it is an honour to wear. It is something that is earned and not everyone gets the opportunity and it is a very powerful and inspiring moment to walk alongside 400 Australian athletes at the Olympic Games. It is an experience I will always remember. I cannot wait to see all the Aussie athletes sporting these blazers with pride and passion in Rio! 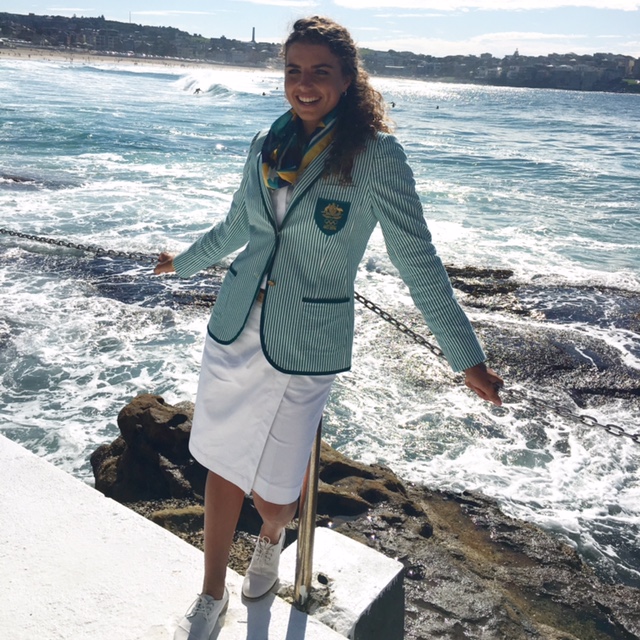