Memorising the names and faces of 89 young athletes (I called them Yoggies!) on the first day was the hardest part of my trip to Nanjing.

The Young Ambassador role was new and blurry… what does that mean, what does a Y.A do? I considered myself a mentor, team mascot, big sister, head cheerleader, and took on any job that the HQ team needed doing – coffee run, packing lunches, interviewing athletes…etc. I also had a mission to encourage our athletes to 'compete, learn and share' and participate in the Cultural and Education Program lead by the IOC. The CEP was great to share with other countries, and experience activities unique to some cultures.  I learnt on the job and I set my schedule in the mornings to try and hang out with as many athletes as possible, see as many events as I could to support our team, and cram in a number of activities in the village. It meant some early morning wake ups to go training, uni work (or naps…) on the bus to events, and eating at random times in the day. My Samsung told me I walked an average of 19km a day over the period of the Games! That’s definitely training! 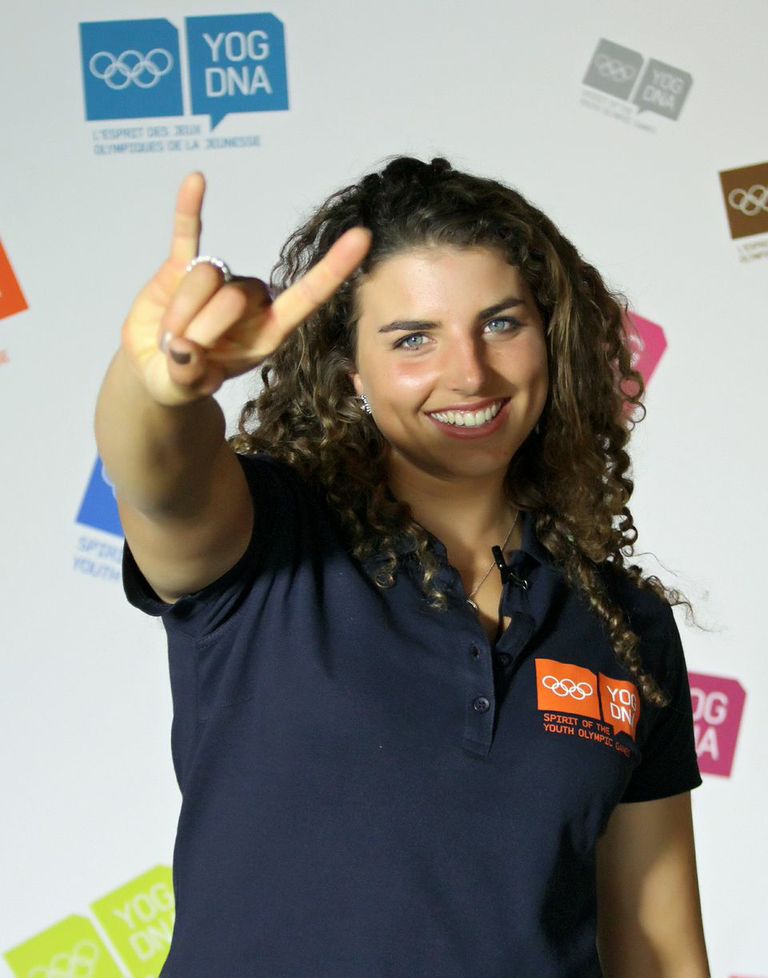 I learnt how the headquarters team operated, that no one sleeps during the Olympics, and after having been an ‘official’ rather than an athlete, I have a much greater appreciation for everything the AOC team do behind the scenes to make it all flow so seamlessly! 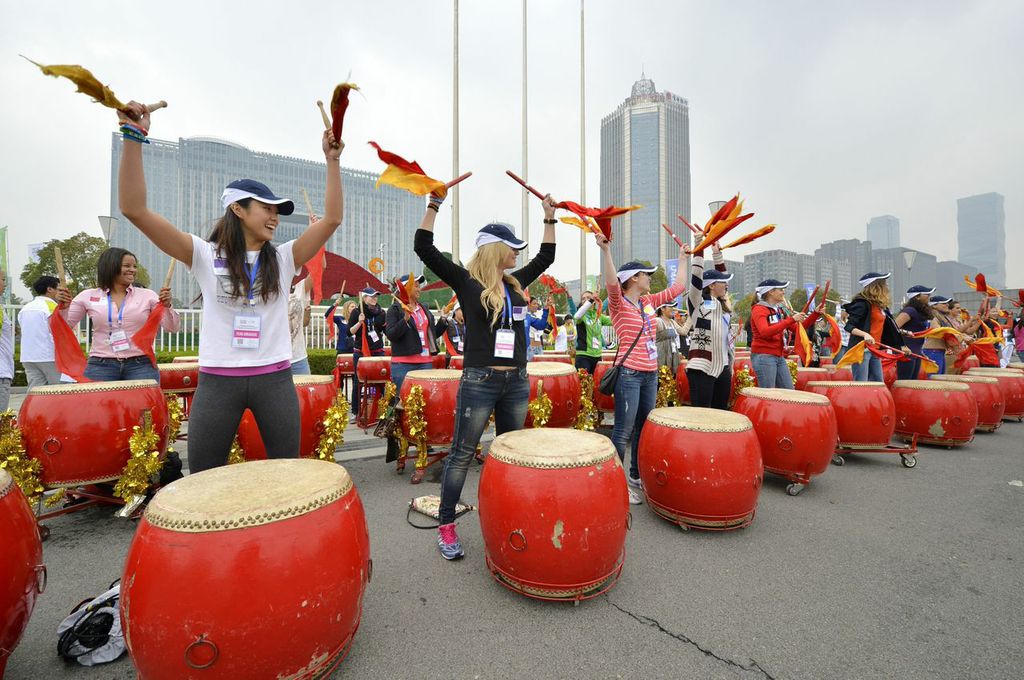 As the Young Ambassador, I wanted the team to enjoy the village life, soak up the atmosphere of the Olympic buzz and meet people from all corners of the world, interact and learn from their teammates and other athletes as well as the athlete role models that visited the village.

As an athlete myself, I wanted the yoggies to believe in themselves, do their best and learn from this experience. I spent many hours a day in the food hall (it’s not what you think, I promise I did not eat all day!) talking with our athletes, sharing stories about my YOG experience and my London Olympic Games journey. I loved getting to know our Yoggies, learning the ins and outs of their sport and training, listening to them speak of their dreams and aspirations and discussing their events in Nanjing. 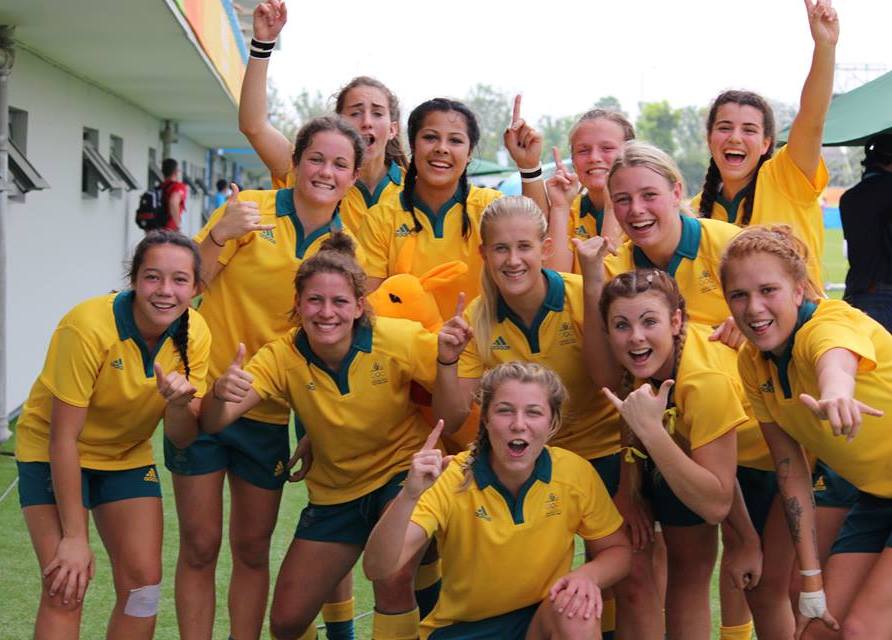 There were some thrilling and inspiring performances that were so exciting to witness like Jess Thornton’s gold in the 400m, or our rugby girls and hockey boys taking the win with the whole team there to support. I’ll always remember the human arch and tunnels we made in the village to honour our medallists, the hugs and support for those who were a bit disappointed, and the great sportsmanship our athletes showed on and off the sporting field. Our team reflected the values of the YOG – excellence, friendship and respect and I am so proud to have been a part of this 2014 YOG team.

Saying goodbye was so hard but I am sure I will see some of those 89 yoggies again – maybe in Rio? Maybe beyond. Watch out Australia, the Yoggies are coming. 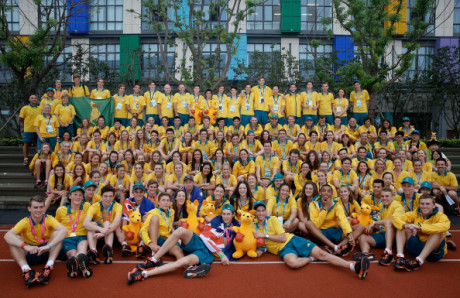 I made them promise to stay in touch and sometimes I hound them on Facebook to see how they are all doing! I had such a great time, and absolutely loved sharing the journey with these athletes, I hope they learnt as much as I did! I jumped on a plane to America for the World Championships held 12 days after the YOG… some people thought the timing was too tight and to go to the YOG would impact my preparation and performance at the World Championships but I had experienced another taste of the Olympics which fuelled my motivation, and more importantly, I had been inspired by our 89 Yoggies. And I think that was the secret ingredient that helped me win the World Championships! They’re energy was contagious and inspiring and I hope they channel that passion and YOG spirit into their future endeavours, on or off the sporting field.

They are now ambassadors of their sport, their clubs and their country and will inspire the next generation of young athletes.

Here's a video of my experience as a role model and Young Ambassador! www.yogger.olympic.org/#!be-a-role-mo⁠…